How to Understand and Reduce Logistic Disruption Cost 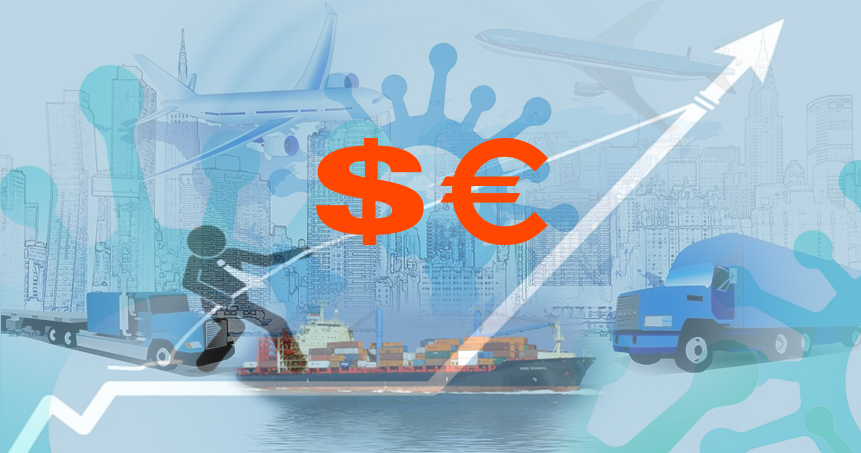 Many factors have contributed significant increases in transportation costs over the last year, reaching highs far in excess of long-term sustainable levels. The shipping industry is experiencing tight capacities, leading to a shortage of containers because of the strong demand, especially in areas related to health and industrial electronics, including bicycles and fitness equipment in the sporting goods sector. The footwear and apparel industry has suffered, too, and many companies have had to resort to costly air freight to mitigate the disruption in their deliveries. A few are using transportation by rail from China, which is faster than transportation by boat for about the same cost.

After logging massive rate gains on the transpacific routes, spot rates for transportation to Europe are now leading the race for higher rates with an increase of about 230 percent as compared to one year ago! A U.K. forwarder has confirmed to us that the rate quotes have hit the level of $10,000 per 40 cubic feet in the footwear industry.

Bookings for containers were frozen during the weeks prior to the Christmas holiday period due to the strong demand for shipments from Asia, creating a huge backlog prior to usual Chinese New Year shutdowns. Unfortunately, this backlog and the shortage of containers still exists, as most major global ports have numerous ships waiting to get unloading time slots. Furthermore the impact of the coronavirus pandemic has clogged activities in the ports because of skeleton staffs and health restrictions.

The current forecast is that the supply/demand balance will be back to pre-corona levels in the next six months, or even later depending on the products.

How can you navigate the current freight market?

As the global vaccination campaigns begin to take hold during the next 6-8 months, some experts predict that container availability, port congestions and demand may begin to stabilize soon. However, the prospect of a strong economic recovery, especially in the second half of 2021, may again create supply chain issues.

Besides, the significant increase in e-commerce, which is here to stay, will undoubtedly continue to cause additional market instability during the next 2-3 years because DTC requires shorter factory lead times and quicker transportation with specific packaging. Some major players in the sports and casual footwear market are forecasting that 30 to 50 percent of their turnover will be DTC by 2025.

Reshoring closer to distribution is complicated and not as easy as one may think. Companies that already have set up production closer to the source did it primarily to have flexibility in their retail networks. However, if a company sells more than 5, 10 or 20 million pairs a year, a near-shoring initiative can only cover a small percentage of the total because of higher production costs and the lack of large production lines that can compete with those in Asia. Generally, only small startups and DTC-only brands are sourcing close to the consumer.

Anyhow, greater agility is required in logistics to deal with specific problems like those that many companies are now experiencing with suppliers in Myanmar, many of which have closed their factories because of the violence triggered by the new military regime. They are trying to shift production to Cambodia and other areas in Asia, but it is not an easy and simple task, especially in the middle of the production season for FW21. Worker unrest and hold-ups, traffic blocks, port strikes and a lack of truckers and other available forwarders willing to take risks are major problems right now.

This website uses cookies to improve your experience while you navigate through the website. Out of these cookies, the cookies that are categorized as necessary are stored on your browser as they are essential for the working of basic functionalities of the website. We also use third-party cookies that help us analyze and understand how you use this website. These cookies will be stored in your browser only with your consent. You also have the option to opt-out of these cookies. But opting out of some of these cookies may have an effect on your browsing experience.
Necessary Always Enabled
Necessary cookies are absolutely essential for the website to function properly. This category only includes cookies that ensures basic functionalities and security features of the website. These cookies do not store any personal information.
Functional
Functional cookies help to perform certain functionalities like sharing the content of the website on social media platforms, collect feedbacks, and other third-party features.
Performance
Performance cookies are used to understand and analyze the key performance indexes of the website which helps in delivering a better user experience for the visitors.
Analytics
Analytical cookies are used to understand how visitors interact with the website. These cookies help provide information on metrics the number of visitors, bounce rate, traffic source, etc.
Advertisement
Advertisement cookies are used to provide visitors with relevant ads and marketing campaigns. These cookies track visitors across websites and collect information to provide customized ads.
Others
Other uncategorized cookies are those that are being analyzed and have not been classified into a category as yet.
SAVE & ACCEPT